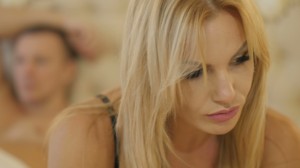 “I am a couples counselor … I am utterly amazed at the accuracy of what Michelle has written. I would like to make these books available in my office for clients.” Dr. Lacey London ON

“I have been reading your book all week and have found it to be completely insightful and clarifying. I have been married for 7 yearsand have a 3 year old at home. I have not engaged in an affair but over but over the last few months have definitely considered looking for it…Thank you for sharing your wisdom. I feel clearer now than I have for a long time. I know my whole family is going to benefit from this information.” Katie Little

“…chapter [2], alone, is worth the US cover price…what is here is impressive…” – Donna Dillman, GRIP Magazine

“I never write testimonials, and seldom review books. Yours however, is exceptional…Your book provided me with a compass and powerful insights that guided me through the most confusing and difficult time of my life. This kind of insight simply was not available anywhere else. My wife was able to tell me the truth last night while we had a good heart-to-heart conversation. It appears that we have a good chance of our separation concluding with my wife moving back home and us working on our marriage together. It was a treacherous journey, one that I would have most surely bungled without your book. – Best Regards, Mike Lucas

“I just happened across your website today and what I’ve found is truly enlightening. As a psychologist I did have occasion to study marriage and marriage counseling to some degree…Clearly there is a significant absence of information such as yours being disseminated to graduating psychologists in training. Having been down the marital breakup path, I can also clearly attest to the accuracy of your conclusions…You have provided me with a wealth of insight that will serve me well in my professional work but more importantly, at least for me, you have helped me to understand some of the primary if not the primary factor in the eventual failure of my own marriage…   Read More

Order Women’s Infidelity Now! …  Find Out Why It’s So Hard For Women To End And Get Over Their Affairs

Unable to end their extramarital relationships, women at Stage 3 conclude that their lovers are soul mates because they are unaware that they have become addicted to the high caused by chemicals released during the initial stages of a relationship. Many live in a state of limbo for years. “Should I stay married or should I get a divorce?” this is the question continuously on the minds of women at Stage 3 – it is also common for women at this stage to attempt to initiate a separation. In most cases, husbands of women at Stage 3, will launch futile attempts to make their wives happy by being more attentive, spending more time at home and helping out around the house. Regardless of women’s past and present complaints, the last thing women at Stage 3 want, is to spend more time with their husbands.

The reason many women will give for their desire to separate is a “search for self.” They convince their husbands that they might be able to save their marriage if they can just have time to themselves. They tell their husbands that time apart is the only hope of improving their current situation. Women at this stage want to free themselves of the restrictions of marriage and spend more time with their lovers. Most think that eventually their confusion will disappear. They think they will eventually know with certainty whether they want to stay married or get divorced and be with their lovers. Separation allows women at this stage, to enjoy the high they experience with their lovers without giving up the security of their marriages. Husbands of Stage 3 women are often unaware that their wives are having affairs. Their lack of suspicion is typically due to their wife’s disinterest in sex and in their belief that their wife is a “good girl.”

Women at Stage 3 may also be experiencing the ending of an extramarital affair, and the ending may not have been their decision. They may have been involved with single men who either lost interest because … Read All Four Stages