How To Get To The Truth About Your Wife's Emotional Affair... What Men Must Know To Avoid Getting Baby-Stepped Into Separation And Divorce. 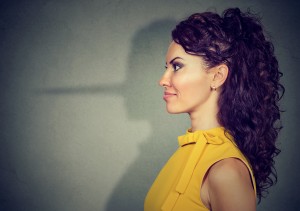 Has Your Wife Confessed To An Emotional Affair?

Did you find out that your wife has been communicating with another man? Has your wife confessed to having “feelings” for someone else? Does she claim it’s only emotional and not “physical?”

Unfortunately, men often believe their wives’ claims about the affair not being sexual, only to discover later that their wives were lying. The reality is, women almost always lie about the sexual aspect of their affairs. But before I explain why, I believe it’s important to point out that men often make the mistake of minimizing the significance of an emotional affair, too.

You see, even if you’re wife isn’t having sex with her affair partner (which again, is highly unlikely) she still broke your marital agreement; and to overlook or minimize the significance of this breach of agreement is a mistake that will only lead to further deterioration of the relationship.

Unfortunately, it’s not uncommon for men to think that there’s no real harm done unless a penis has entered their wives’ vagina. Men often pretend as though emotional affairs are somehow less of a betrayal than sexual affairs. They fool themselves into believing that emotional affairs aren’t as bad or destructive to the marriage as sexual affairs; and that’s precisely why women lie about the sexual aspect of their affairs.

Contrary To What You May Think, Or Want To Believe, Emotional Affairs Are About Sex

Men must also understand that emotional affairs ALWAYS involve sex. When women open themselves emotionally to a man outside of their primary relationships, it’s the equivalent of a man unzipping his pants. At this point, women have already decided to cheat on their husbands─if─all goes well. In other words, as long as women don’t get turned off by something the “new” man does, they’ll have sex with him.

In fact, this is why women think it’s harmless to flirt with men and engage in inappropriate conversations (play with fire, so to speak); it’s because women seldom encounter men who can take them from point A to point B without turning them off.

The bottom line is, when people are cheating, they’re also lying — and when they get caught, they’ll continue to lie, and they’ll tell you whatever they think you want to hear. Men know if they get caught cheating, women want to hear that the affair was only about sex. Likewise, women know men want to hear just the opposite – that the affair was only emotional and not about sex. The truth is women typically prepare their husbands for the fact that they’re having sex outside the marriage by first admitting to only an emotional involvement or to having “feelings” for another man. This is how women “soften the blow.”

If you haven’t read the Women’s Infidelity books, that’s where you need to start. You’ll find out exactly what your wife is thinking, feeling and planning — so you can stop analyzing—and stop operating from a mindset that leads to divorce. Note: All book orders include a FREE COPY of “Save Your Marriage Now!” (For Men).