Are You Afraid That Your Feelings For Your Affair Partner Will Change? Learn Why Women Are So Afraid Of Trusting Their Feelings During An Affair. 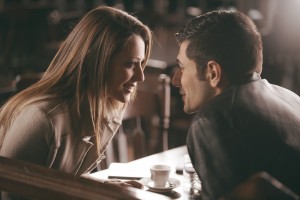 Can You Trust Your Feelings?

But the bottom line is, most women have had this happen to them, at least once, if not multiple times, in their lives. So women’s concern over their feelings changing is a concern that’s very much, rooted in reality.

For example, a lot of women will overlook mistreatment and all types of bizarre behavior from men, if they feel chemistry; and likewise, they’ll completely dismiss kind, genuine behavior, when they don’t feel chemistry.

Unfortunately, though, women usually don’t understand what actually triggers chemistry. In fact, it’s not uncommon for women to say things like, “I don’t know what it is, there’s just something about him” when they’re talking to friends and family about the men they’re attracted to.

However, the “chemistry” feeling that women enjoy so much is mostly triggered by fear. In other words, women are the most likely to feel intense chemistry for men who they sense, on an unconscious level, might hurt them.

Sadly, women often judge the “rightness” of a partner based on how much chemistry they feel; and yet, chemistry should actually be viewed quite differently, as David Richo explains in his book, How To Be An Adult In Relationships. Richo writes,

“As adolescents, we were taught that the way to tell we are in love is by our loss of control, our loss of will, and a compelling sense that we could not have done otherwise. This falling in love contrasts with the reality of rising in love with conscious choice, sane fondness, intact boundaries, and ruthless clarity…We may strongly believe in the specialness of our exciting relationship. We say, “It’s never been this thrilling,” I’ve never had sex like this,”…or the now popular ”We were together in a former life.” These are all the bells and whistles we thought meant, “It’s true love so go for it!” Actually sentiments like these are the alarms that tell us to be careful and point to where our work is rather than a shortcut through our work.”

In the not so distant future, “chemistry” will be viewed very differently from the way it is today; and as a result, men and women won’t be so seduced by the feeling.

So if you’re thinking about leaving your husband, it’s important to consider how chemistry is factoring into your decision to divorce. If you want to end your marriage for the fantasy of feeling “lifelong chemistry” with another person, you’ll be disappointed; because the feelings you have now won’t last. But you already know that (and that’s why you’re in limbo). You’re in limbo because you’re trying to hold on to the feelings that you have now, for as long as you can. Untangle The Issues & Breakthrough To Clarity.

Do An Honest Assessment. Do You Feel Stuck And Unable To Move Forward?

Women often need a roadmap to break out of the conflicting mental/emotional state brought on by an affair. If you’re struggling to feel balanced or “normal” again—don’t put off getting the help you need. Contact Ashley to learn more about scheduling a consultation.

• How to know if your feelings for the other man are real
• How to understand your feelings for your husband – what it really means when you say, “I love him, but I’m not “in” love with him
• How to know if there’s a possibility for a future with the other man
• How to stop your circular thinking
• How to end your confusion and move forward in 7 clearly defined steps
• Men: This book is for you, too. In this book, you’ll learn how women process infidelity. Find out exactly what your wife is thinking, feeling and planning.