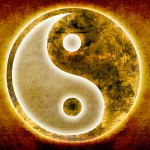 Unfortunately, most people aren’t aware that there are two distinct ways to avoid commitment: Actively or Passively. As Steven Carter and Julia Sokol write in their book, He’s Scared She’s Scared, “You think all you want is a commitment, but your partner is unable to commit. This scenario is the single most effective way of concealing your own commitment issues.” When we avoid commitment passively, we often appear to be committed. But here’s an important rule of thumb to always remember in regard to relationships: The partner who is pushing for more is just as conflicted or uncommitted as the partner who is pulling away.

When We’re Clear About What We Want — We’re Not Attracted To People Who Are Wishy-Washy.

You see, when we’re clear about what we want, we’re not attracted to people who are wishy-washy and uncommitted. In fact, the more committed we are, the MORE SELECTIVE we become. In other words, choosing inappropriate partners reveals a lot about us. Specifically, it reveals our level of seriousness in regard to being in a committed relationship.

When I’m coaching men and women, they often say things like, “I had doubts about marrying him or her; but I decided to go ahead and get married anyway. Yet forging ahead with such a serious decision when we have doubts, reveals…Read More