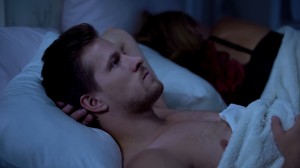 Are You Struggling To Forgive Your Wife For Cheating?

In fact, getting a commitment from your wife can actually make things worse for you instead of better in terms of “thinking” about the betrayal. The reason is, men in pursuit of a commitment are focused on winning their wives back, so they have something “other” than their wife’s betrayal to focus on. While betrayed men whose wives have already recommitted, don’t have that luxury — instead, their minds are hyper-focused on the betrayal itself.

If this is the situation that you’re currently in, then you know exactly what I’m talking about. Your mind has become your worst enemy — and you are literally being tormented by thoughts and pictures in your head of your wife being with another man from the time you wake up in the morning until the time you go to sleep at night—that’s if you can even sleep—because for a lot of men obsessive thinking gets worse for them at night. So how can you forgive your wife for cheating on you, when all you think about is your wife cheating on you?

Do You Really Want To Forgive Your Wife For Cheating On You
Or Do You Just Want To STOP THINKING About It?

As I mentioned above, there are two types of betrayed men who struggle after their wives cheat, this article is for men whose wives have ALREADY ended their affairs and recommitted to their marriages. It’s important to note that women usually end their affairs and recommit to their marriages when they’re married to men who either a) want to divorce them for cheating or b) are indifferent to them after cheating. As you’ll learn below, my client Patrick’s wife was no exception to this common case scenario.

During our initial consultation, Patrick (not his real name) said, “I need to move past this—but I don’t know how I’m ever going to get the image of my wife screwing another guy out of my head. I just can’t stop thinking about it.”

I asked Patrick a series of questions because I wanted to know “specifically” why he had chosen to stay with his wife. I knew that Patrick’s reasons for staying with his wife could either help or hinder his ability to forgive her.

It turns out that Patrick didn’t experience a change of heart at all because of his wife’s reaction. By that, I mean, Patrick didn’t decide to stay with his wife because he wanted to create a deeper and more meaningful relationship with her. Instead, Patrick decided to stay with his wife because a) he didn’t want to look like the bad guy b) he wanted to avoid the embarrassment of people finding out that he had been cheated on and c) he thought his wife’s affair gave him a life-long hall pass to sleep with other women.

Patrick was very forthcoI continued asPatrick was being eaten up inside—because first, his wife betrayed him; and then after his wife betrayed him, Patrick betrayed himself—because cheating was, in fact, a deal breaker for him. You see, Patrick didn’t choose to stay with his wife because he wanted to create a deeper and more meaningful relationship with her. Instead, Patrick chose to stay with his wife because a) he didn’t want to look like the bad guy b) he wanted to avoid the embarrassment of people finding out that he had been cheated on and c) he thought his wife’s affair gave him a life-long hall pass to sleep with other women.

There were three reasons that Patrick couldn’t get over his wife cheating on him. 1. heating  because part of him didn’t was simply experiencing because he didn’t

Do An Honest Assessment. Can You Untangle The Issues?

Do an honest assessment to determine whether you believe you can untangle the issues on your own. If you believe your thoughts are too tangled together — don’t put off getting the support you need. Contact Ashley to learn more about scheduling a consultation.