How To Let Go Without Walking Away During Your Wife's Affair. What Men Must Understand In Order To Create The Possibility For Saving Their Marriages. 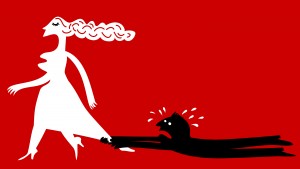 Are You Desperately Trying To Hold On To Your Wife?

My male coaching clients are often desperate to save their marriages… and they make this clear from the start. For example, my client Jason (not his real name) contacted Ashley to set up a consultation right after his counselor told him that he needed to let go and stop pursuing his wife.

Jason had been married for 23 years – and when he found out that his wife was having an affair, it didn’t just turn his life upside down – it took his life away. By that, I mean, Jason didn’t know who he was anymore as a separate person from his wife. Jason’s identity had merged with his wife’s over the years; and as a result, Jason became so destabilized by the discovery of his wife’s affair, that he lost his ability to function properly.

The idea of letting go was incomprehensible to Jason because he wasn’t capable, yet, of standing on his own two feet emotionally. So when Jason’s counselor told him that the possibility of saving his marriage hinged on him letting go, he started looking for alternatives to the solution to his problem.

In fact, shortly into our first conversation, Jason said, “Michelle, I know there must be some way to fix my situation other than walking away.” Unfortunately, like a lot of men who are moving through the stages, Jason wasn’t clear about what it means to let go, so he was confusing the process of letting go with ending his marriage.

This is what I told Jason:

“Jason, letting go doesn’t mean that you need to file for a divorce or move out of your house. Letting go simply means that you must relinquish your attachment to the outcome.

Unfortunately, this is a real problem for a lot of men — because they don’t want to let go of the idea that they’re going to be rescued from their pain, and as a result, experience a sweeping “rush” of relief.

You see, that’s what men who are moving through the stages are really chasing after: They’re chasing after a rush of relief—they’re chasing after the feeling they *think* they’re going to get from getting what they want —> and that is what is preventing them from being able to save their marriages.

I’m happy to report that Jason and his wife have reconciled. But what’s even more important to report is that Jason no longer lives in fear of his wife cheating on him or leaving him — because Jason has learned how to regulate his internal state.

Do you need help reaching a state of complete “okayness” with whatever happens?

Do An Honest Assessment. How Out Of Control Do You Feel?

Do an honest assessment to determine whether you believe you can manage your fear and anxiety on your own. If you’re feeling out of control, and your behavior has become compulsive—don’t put off getting the support and step-by-step direction you need to save your marriage. Contact Ashley to learn more about scheduling a consultation.