How To Stop Fueling Your Wife's Affair... Learn How Men Unintentionally Reward Their Wives For Cheating And Fuel Their Wives' Desire For The Other Man. 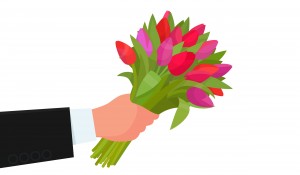 Are You Rewarding Your Wife For Cheating?

As Debbie Ford tells us in her book, The Right Questions, “It’s human nature to opt for the quick fix, preferring to suffer the consequences of our behavior . . . later. Our desires in the moment win out over our commitments for the future. Choices made in the heat of the moment, without a thought for their consequences, are choices based on instant gratification…Instant gratification ensures that we will travel in the same vicious circles again and again.”

If you’re like most men who move through the stages, you probably don’t want to accept that letting go is the solution to saving your marriage, because it’s the one thing you don’t FEEL like doing. Unfortunately, this is how men get stuck traveling in the same vicious circles again and again––they get stuck when they cave in to the temptation to feel pain … later. When men decide to postpone feeling the full intensity of their pain over the betrayal, they fall into the same addictive pattern as their wives, and they actually end up ‘feeding’ their wives’ addiction, and stoking their wives desire for the ‘other’ man.

Betrayed Men Have A Lot Of Power… In Fact, They Have The Power To ‘Extinguish’ Their Wives’ Desire For The Other Man.

The passion, excitement and incredible sex women experience in their affairs is primarily due to the secrecy involved and the fear of getting caught. However, once the affair is discovered, there’s an automatic reduction in intensity that occurs as the affair bubble bursts and women are thrust back into reality. Unfortunately, this automatic reduction in intensity and return to reality is often only temporary for women––because of their husbands’ reaction. Master 3 “Critical” Moments & Get Your Wife Back.

Put simply, men who move through the stages ‘reward’ their wives for cheating. They turn their wives into the stars of their very own soap opera, and yet expect their wives to stop doing the behavior that’s getting them more attention than they’ve ever received and causing their husbands to be more attracted to them than they’ve ever been. You see, when women have affairs, they’re not only getting attention from they’re affair partners; they’re also getting their husband’s undivided attention, too. This is why the husband’s reaction is so important. Learn how to use 3 “critical” points in your wife’s decision-making process to save your marriage.

Men Play A Very Important Role In Their Wives’ Affair.

The fact is your wife can’t have an affair without you; an unsuspecting spouse or, a frightened and desperate spouse is a necessary ingredient in an affair. If at least one of these things aren’t present—an affair can’t exist. An affair without secrecy or a frightened, desperate third party isn’t an affair––it’s a relationship. And the last thing women want during an affair, whether they realize it or not, is a relationship––what they want is passion and excitement. The quickest way to kill the passion and excitement of an affair is for the affair to move from an imaginary relationship––to a real-life relationship.

Men must understand that their wives are NOT really interested in having a real-life relationship with their affair partners; instead, their wives are using their affair partners like a drug. Betrayed men must realize that they have a tremendous amount of power; they have the power to break the magical spell of the affair, by turning the affair into a ‘regular old’ relationship. Get Your Wife Back.

Men often know what they need to do, but they have difficulty remaining consistent in their efforts because their emotions are constantly getting triggered by their wife’s behavior. If you’re moving through the stages, it’s crucial that you do an honest assessment to determine whether you can manage your anxiety and stabilize your emotions on your own. If you’re feeling out of control and your behavior has become compulsive—don’t put off getting the help you need. Contact Ashley to learn more about scheduling a consultation.

If you haven’t read the Women’s Infidelity books, that’s where you need to start. You’ll find out exactly what your wife is thinking, feeling and planning — so you can stop analyzing—and stop operating from a mindset that leads to divorce. Note: All book orders include a FREE COPY of “Save Your Marriage Now!” (for men).