Stop Your Wife's Affair By Shifting Your Focus Of Attention... Learn Why Your "Attention" Is Your Superpower To Stopping The Affair And Saving Your Marriage 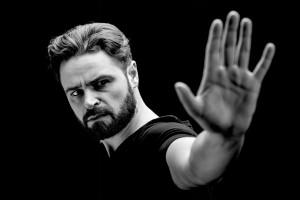 Are You Fueling Your Wife’s Desire For The Other Man?

Are you serious about saving your marriage? If you are, then you must understand that your wife’s feelings for the other man are contingent upon your ‘resistance’ to what’s happening. In other words, the husband is the obstacle that fuels the wife’s desire for the other man – and this is precisely why women give their husbands signs of hope when they suspect their husbands are letting go; it’s because women can’t enjoy their affairs––unless they feel they have their husbands locked down, so to speak. Simply put, women need to know that their husbands are in pain and are waiting for them to make up their minds; otherwise, women begin to feel anxious and off balance. In other words, the husband and the lover are a package deal.

Unfortunately, if you’re like a lot of men who move through the stages, you think you can get your wife to give up the affair and recommit to the marriage by showering her with attention (positive or negative attention). But the reality is, your wife will never give up the affair – because you’re showering her with attention. It’s unreasonable for men to think that their wives are going to give up their affairs, when the affair is causing their husbands to be MORE attracted to them than they’ve ever been, and giving them more power in the relationship than they’ve ever had.

Your wife is under a spell––and you have the power to break that spell. In fact, when I work with men, they’re usually shocked by how quickly their wives turn around because it happens almost instantly. Letting go works so quickly because it’s about energy. Women can feel it when their husband’s energy is ‘on them.’ Women always know when their husbands’ energy .is directed toward them or––away from them. It’s similar to knowing when someone is staring at you. You know when someone is staring at you because––YOU CAN FEEL IT.

It can be ego boosting to have someone’s attention, but it can also be uncomfortable and draining––especially if the person focusing on you–– WANTS SOMETHING from you. For example, imagine a dog sitting at your feet while you’re trying to eat dinner––that’s exactly what it feels like; and this is why women feel drained and often, annoyed by their husbands whenever they’re around them. (Yes, that’s exactly how your wife feels). However, men can change their wives negative feelings toward them in an instant; because the moment men let go and shift into a mental state of acceptance, their wives can feel it––and they feel it––instantly.

But letting go can’t be bluffed, and men often pretend that they’ve let go when they really haven’t. Letting go isn’t about saying or doing anything, it’s a shift in your energy that occurs when you’ve actually done it.

Men often know what they need to do, but they have difficulty remaining consistent in their efforts because their emotions are constantly getting triggered by their wives’ behavior. If you’re moving through the stages, it’s crucial that you do an honest assessment to determine whether you can manage your anxiety and stabilize your emotions on your own. If you’re feeling out of control and your behavior has become compulsive—don’t put off getting the help you need. Contact Ashley to learn more about scheduling a consultation.

Click here to understand FEMALE infidelity. Go inside the female mind during an affair.

If you haven’t read the Women’s Infidelity books, that’s where you need to start. You’ll find out exactly what your wife is thinking and feeling – so you can stop analyzing—and stop operating from a mindset that leads to divorce.

Note: All Book Orders Include A FREE COPY of “Save Your Marriage Now!” (For Men).