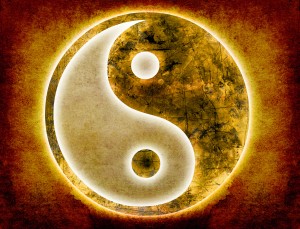 Do You Avoid Commitment Actively or Passively?

Unfortunately, most people aren’t aware that there are two distinct ways to avoid commitment: Actively or Passively. As Steven Carter and Julia Sokol write in their book, He’s Scared She’s Scared, “You think all you want is a commitment, but your partner is unable to commit. This scenario is the single most effective way of concealing your own commitment issues.”

When we avoid commitment passively, we often appear to be committed. But here’s an important rule of thumb to always remember in regard to relationships: The partner who is pushing for more is just as conflicted or uncommitted as the partner who is pulling away.

When We’re Clear About What We Want — We’re Not Attracted To People Who Are Wishy-Washy.

You see, when we’re clear about what we want, we’re not attracted to people who are uncommitted and wishy-washy. In fact, the more committed we are, the MORE SELECTIVE we become. In other words, choosing inappropriate partners reveals a lot about us. Specifically, it reveals our level of seriousness in regard to being in a committed relationship.

When I’m coaching men and women, they often say things like, “I had doubts about marrying him or her; but I decided to go ahead and get married anyway. Yet, forging ahead, with such a serious decision, when we have doubts, reveals a glaring lack of commitment on our part. You see, when we have doubts about getting married, but get married, anyway, it’s because we believe, on some level, that we can wiggle out of the commitment—later, at some point, down the road.

As Deepak Chopra tells us in his book, The Book of Secrets, “Many relationships end in divorce because of a lack of commitment, but that lack didn’t grow over time; it was present from the outset and was never resolved.”

Relationships today are different from relationships in the past — because couples no longer have to stay together. That’s why if we want our relationships to last, we have to resolve our issues with commitment.

Yin And Yang – All Of Us Are Torn Between Two Fundamental Urges.

Carter and Sokol write, “…all of us are torn between two fundamental urges. On the one hand, each of us has a profound desire to merge with another human being and become a part of something larger than self; on the other, we have an equally basic need to feel independent, free to make choices without constraint or compromise. Finding a way to balance the urge to merge with the desire to be free is what commitment is all about. Here’s the problem: These two needs are diametrically opposed.”

Understanding how you avoid commitment “passively” is an important step in resolving your issues with commitment — because without this understanding, you’ll continue to choose difficult or unsatisfying relationships in order to balance your two fundamental urges  (the urge to merge with another human being and the urge to be free and independent).