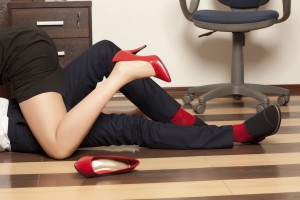 The Number Of Women Cheating On Their Husbands Rose Almost 40 Percent During The Last Two Decades.

In her book, Not Just Friends, Dr. Shirley Glass writes the following, “A common belief is that a person having an affair may not be “getting enough” at home. But the reality is that he or she may not be giving enough. Contrary to popular wisdom, people are not as satisfied in relationships where they are “overbenefited”…”

In the past, women almost always “overbenefited” men in relationships because they were financially dependent on them. Today, men commonly use the same strategy of “overbenefitting” in their relationships with women (men especially employ this strategy after their wives cheat).

In his book, No More Mr. Nice Guy, Robert Glover writes, “Five decades of dramatic social change and monumental shifts in the traditional family have created a breed of men who have been conditioned to seek the approval of others. These men are called Nice Guys. Nice Guys are concerned with doing it “right.” They …avoid conflict like the plague and…are especially concerned about pleasing women and being different from other men…”

Glover also writes,“Even as they are trying to become what they believe women want them to be and doing what they believe women what them to do, Nice Guys tend to experience tremendous frustration in gaining the approval they so intensely desire. This frustration is due to the reality that, in general, women view men who try to please them as weak and hold these men in contempt. Most women do not want a man who tries to please them—they want a man who knows how to please himself.”

“Pleasing” evokes the same negative response in both sexes because “pleasing” is a form of manipulation. Specifically, pleasing is a strategy that people use to gain power over others when they feel week or somehow at a disadvantage.

Building Up Women And Knocking Down Men

Society has been aggressively trying to empower females for the past several decades. Building up girls and women while simultaneously knocking down boys and men has and continues to be a constant and unrelenting strategy in the process of empowering women. So much so, that demonizing, disrespecting and making fun of the male gender hasn’t just become the norm in our society—it’s become a part of our culture. And this is a critical factor that’s fueling women’s desire to cheat. Women today feel entitled to cheat because of their elevated status in society — similar to how men felt entitled to cheat in the past because of their elevated status in society.