How To Choose Between Your Husband And Your Affair Partner...... When Your Heart (Emotional/Unconscious Mind) And Your Head (Rational/Conscious Mind) Disagree 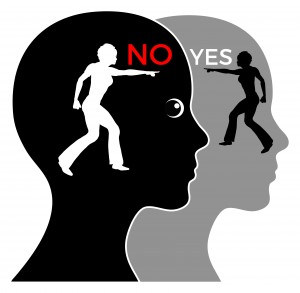 Do you  feel torn in two by thought of having to choose between your husband and your affair partner? As authors Chip and Dan Heath explain in their book, Switch, “Your brain isn’t of one mind. The…brain has two independent systems at work at all times. First, there’s what’s called the emotional side. It’s the part of you that is instinctive, that feels pain and pleasure. Second, there’s the rational side, also known as the reflective or conscious system. It’s the part of you that deliberates and analyzes and looks into the future.”

This is why you feel pulled in two different directions; it’s because each of our mind systems not only operate independently of each other, but each system is also focused on opposite things. Unfortunately, though, if you’re like most women during an affair, you’re spending a lot of time weighing the differ­ences between your husband and your affair partner, with the hope that eventually, you’ll be able to reach a decision as to whether you want to stay married or get divorced. However, as I explain in Women’s Infidelity II, women rarely reach a decision by using the comparison method – because comparing a husband with an affair partner is like comparing a refrigerator with a TV. Each provides something entirely different from the other, thereby making comparisons completely ineffective.

There are ways women can know if their feelings for the other man are real or superficial, but generally speaking, affair partners usually aren’t good replacements for a spouse; instead they are good complements to a spouse. In other words, the person you choose to have an affair with is rarely the person you would choose to marry or be in a long-term relationship with if you were single. You see, during an affair, our standards are generally lower, overall, because we’re already getting some of our needs met; and therefore, we aren’t looking for the “total package” so to speak

Click here to learn how women process cheating. Find out why it’s so hard for women to end and get over their affairs.

If you haven’t read the Women’s Infidelity books, that’s where you need to start. You’ll learn why women experience so much internal conflict when they cheat on their husbands. You’ll also find out the 7 steps women must take to “Break Out Of Limbo!”