Start Taking Back Control Of Your Mind... Learn How To Disrupt The Unwanted Thoughts And Images That Keeping Popping Up In Your Mind After Your Wife Cheats. 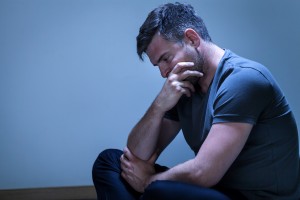 Is Your Mind Hurting You Or Helping You?

In his book, The Miracle Morning, Hal Elrod writes, “Every single one of us has an internal dialogue that runs through our heads, almost non-stop. Most of it is unconscious, that is, we don’t consciously choose the dialogue. Instead we allow our past experiences–both good and bad–to replay over and over again. Not only is this completely normal, it is one of the most important processes for each of us to learn and master. Yet, very few people take responsibility for actively choosing to think positive, proactive thoughts that will add value to their lives.”

Prior to discovering your wife’s affair, you probably didn’t pay much attention to the incessant stream of thoughts that run through your head. But I’m sure that’s not the case anymore. If you’re like most men after their wives cheat, your mind has become your worst enemy. You’re literally being tormented by the thoughts and pictures in your head from the time you wake up until the time you go to bed. And what’s worse — you can’t even shut it off when you sleep, because — you can’t sleep.

The following quote is one you’ll see multiple times on my web site because it’s meaning is that important to understand. Eckhart Tolle writes in his book, The Power of Now, “The mind is a superb instrument if used rightly. Used wrongly, however, it becomes very destructive. To put it more accurately, it is not so much that you use your mind wrongly—you usually don’t use it at all. It uses you…The instrument has taken you over.”

It’s important to understand that the discovery of your wife’s affair didn’t cause the problem of the instrument taking you over—it simply exacerbated a problem that all of us have prior to taking responsibility for the thoughts we think and the feelings our thoughts create.

I know you’re probably experiencing more pain than you’ve ever experienced before. If you’re like most men, you feel shattered, and you don’t know how to get yourself back together.

To make matters worse, all the advice you’re reading, says that you have to get your emotions under control in order to save your marriage. So it’s the ultimate catch 22. You don’t feel like you can get yourself back together and start functioning normally without the security of your wife and marriage; and you can’t save your marriage without getting yourself back together and functioning normally.

If you’re in stages 1 or 2 it’s important for you to understand how your wife’s affair is affecting your brain. Fear and stress deactivate your brain’s prefrontal lobe—the part of your brain that controls important cognitive skills like problem solving and judgment. In fact, that’s why men get stuck in a futile pattern of searching for quick fix solutions, after their wives cheat; it’s because they’re not able access the part of their brain that controls long-range planning and links cause and effect.

And this why it’s so common for men to spend approximately 18-24 months going in circles without making any progress —> it’s because without access to their prefrontal lobe, they can’t tell that they’re not making progress.

Unfortunately, going in circles for 1-2 years will most likely be the outcome for you, too if you don’t take steps to improve your mental and emotional state.

I want to stress how important it is for you to understand that your wife doesn’t have to do anything for you to improve the way you feel. You just have to want to feel better—and that’s the hard part, because men in stage 1 and 2 are afraid to feel better. I know that might sound strange to you. But the reality is men who move through the stages don’t really want to feel better—because they’re afraid if they feel better— they’ll no longer want to be with their wives. So you’re going to have to face this fear—> otherwise you’ll sabotage any progress that you make.

Simplest Technique To Start Taking Control Of Your Mind

Because you don’t have a lot of energy right now, you need to start with the easiest thing possible to disrupt the automatic thoughts that are popping into your head and causing you to feel worse. Affirmations are an easy and effective tool that you can use to take control of your mind. However, at stage 1 or 2 men can get easily overwhelmed; and as a result, they often give up before any positive habits take hold. That’s why men at stage 1 or 2 must start the process of gaining control over their minds with the absolute easiest, simplest technique possible.

Men can do this by picking one short “disrupter affirmation” to repeat over and over again in their head while tapping gently on their collarbone.

For example, let’s say, you decide that your disrupter affirmation is going to be, “I’m okay.”

Make a fist and tap gently on your collarbone (in the center between the bones) while repeating, “I’m okay” over and over again. You may have to tap your collarbone and repeat “I’m okay” for several minutes to disrupt an obsessive episode. This technique is extremely effective and you can use it  every time your mind starts spinning out of control (which because of your current circumstances will happen over and over again until you become confident in your ability to calm yourself down).

This technique is effective for the following reasons:

To illustrate the effectiveness of this technique, I’m going to share another man’s story with you. David (not his real name) contacted me about four weeks after he found out that his wife was having an affair with his best friend.

It would be an understatement to say that David was devastated. In fact, when David contacted me he was having so many panic attacks that he thought he was going to have to take a leave of absence from his job.

I asked David some questions in order to learn more about his core beliefs; and it turned out that David had a strong religious background. So I gave David a list of disrupter affirmations that aligned with his beliefs and asked him to choose one that felt most true for him. David started using the technique of tapping on his collarbone while repeating a disrupter affirmation multiple times a day.

I also taught David some simple breathing techniques and wrote him an EFT Tapping script as well as directed him to free EFT Tapping videos that he could use online. David stopped having panic attacks within three days. But even more importantly, David gained enough confidence to believe that he could actually create his “internal” state. So David was no longer “waiting” in a suspended state for his wife to rescue him from his painful feelings.

In other words, David was no longer operating from a disadvantaged mindset (a position of weakness within the marriage). And as a result, David’s wife ended her affair and recommitted to their marriage about a month after we started working together.

Men often know what they need to do, but they have difficulty remaining consistent in their efforts because their emotions are constantly getting triggered by their wife’s behavior. If you’re moving through the stages, it’s crucial that you do an honest assessment to determine whether you can manage your anxiety and stabilize your emotions on your own. If you’re feeling out of control and your behavior has become compulsive—don’t put off getting the support and step-by-step direction you need. Contact Ashley to learn more about scheduling a consultation.

If you haven’t read the Women’s Infidelity books, that’s where you need to start. You’ll find out exactly what your wife is thinking, feeling and planning — so you can stop analyzing—and stop operating from a mindset that leads to divorce. Note: All book orders include a FREE COPY of “Save Your Marriage Now!” (for men).

• How to know if your feelings for the other man are real
• How to understand your feelings for your husband – what it really means when you say, “I love him, but I’m not “in” love with him
• How to know if there’s a possibility for a future with the other man
• How to stop your circular thinking
• How to end your confusion and move forward in 7 clearly defined steps
• Men: This book is for you, too. In this book, you’ll learn how women process infidelity. Find out exactly what your wife is thinking and feeling