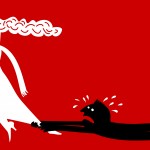 My male coaching clients are often desperate to save their marriages… and they make this clear from the start. For example, my client Jason (not his real name) contacted Ashley to set up a consultation right after his counselor told him that he needed to let go and stop pursuing his wife. Jason had been married for 23 years – and when he found out that his wife was having an affair, it didn’t just turn his life upside down – it took his life away. By that, I mean, Jason didn’t know who he was as a separate person from his wife anymore. Jason’s identity had merged with his wife’s over the years; and as a result, Jason lost his ability to function properly when he discovered his wife’s affair… Read More 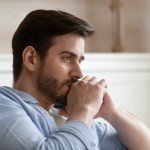 Obsessing is a natural response to loss; and in relationships it usually plays out in one of two ways: idealizing your partner or vilifying your partner. Men who move through the stages start out “idealizing” their wives. Men idealize their wives after their wives cheat because they’re not ready to feel the full impact of their painful emotions over over their wives’ betrayal. Postponing the pain of betrayal happens the moment men know something isn’t right with their wives. Some men overhear phone calls, some find emails or read text messages, while others just have a gut feeling. But there’s always a moment when men know the truth… Read More 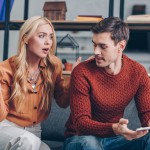